From the Telegraph we read that:

he was such a loving person, and it’s probably something which just went wrong but he shouldn’t have died out of it.

The “something” being the robbery of a house occupied by a pensioner and his wife, aged in their seventies.

the pensioner – who was confronted by two intruders, one of them armed with a screwdriver – may have been trying to protect his wife Maureen…One of the men went upstairs while Vincent scuffled with Mr Osborn-Brooks and was stabbed.

with his own screwdriver.

We salute Mr Osborn-Brooks and wish him well in his forthcoming trial for murder.

Yes the British Justice system is living down to its reputation of frowning on brave people defending their own where the police have dismally failed. 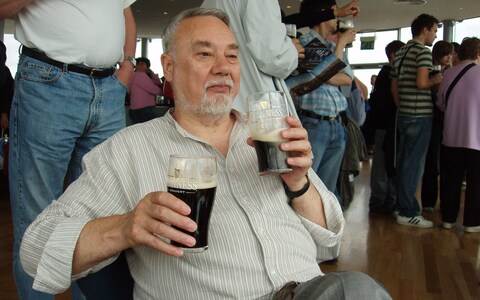 A splendid fellow, in happier times.

We can’t get too upset about the death of Mr Vincent.  A lowlife, habitual criminal, a leech on the poorer classes who were his victims, especially the old and supposedly defenceless.  No great loss to society.