There’s a story in the telegraph this morning: 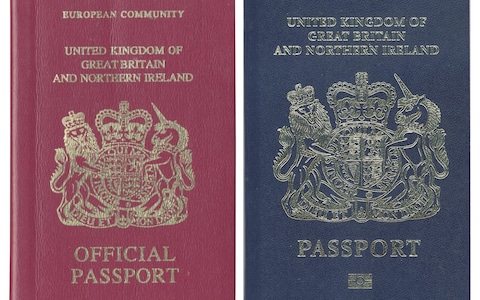 In a move set to infuriate Brexiteers, sources have told this newspaper that Gemalto, which is listed on the Amsterdam and Paris stock exchanges, is close to signing the contract [to produce the new passport] after undercutting rivals, including a British firm, by around £50 million…Sir Bill Cash, chair of the influential European Scrutiny Committee, said the decision which is expected to be finalised shortly was “completely wrong and unnecessary”.

It seems to this blog that if the Government can save 50m quid of taxpayers’ money, then that’s all good.

The move doesn’t infuriate this brexiteer.  It sends a signal that despite Brexit the UK is determined to trade intelligently with its neighbours.  To deliberately spend 50m more to print them in the UK would have been a stupid move (but not necessarily out of character for the May government).

The point of Brexit is to reclaim sovereignty over these isles, not to behave like North Korea.  The kind of autarky which Bill Cash is apparently clamouring for would certainly guarantee a disastrous outcome for the UK economy.   Wealth comes from trading, and particularly from importing stuff which costs you less than it would to make yourself.  The EU collectively is set up like an autarky (among its many other disastrous failings) and it should be no surprise therefore that it is suppressing wealth creation among its citizens.  Which is going to be the principal economic benefit of leaving.  By stimulating non-EU commerce the laws of comparative advantage will have more scope to work their magic.

Our only slight query is that given the imminent collapse of sterling as reported elsewhere in the paper, we trust that the government has the price nailed down already in GBP?  Don’t answer that…